It Will Cost You…Everything Has a Price 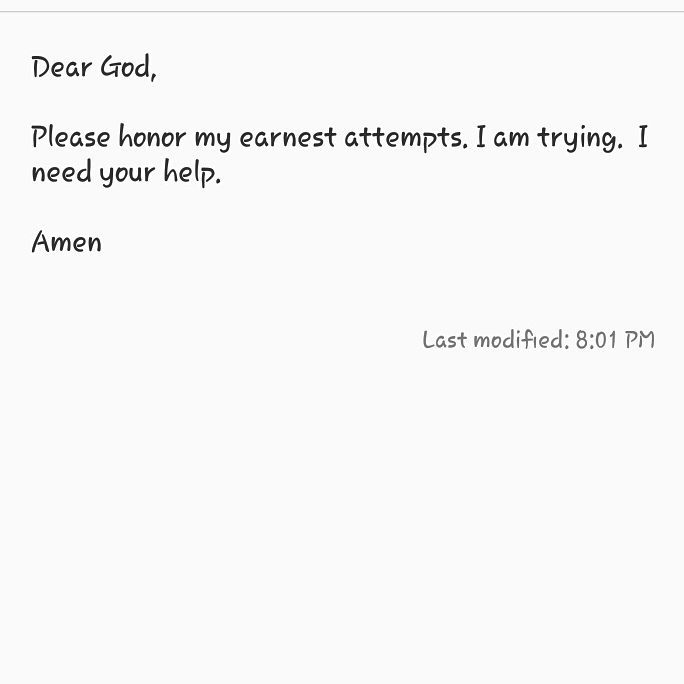 A few things you should know about this post before you start reading:

Sometimes I question God.  Now before you judge me, judge yourself!  Growing up in church, I would hear the old Church Mothers say, “Don’t you question God, Suga!”  Blah!  I respect God and ultimately I know His way goes, but I have questions!  Over the last 34 days, I have had one question in particular,

“God, why would you allow me to be THEE HAPPIEST that I’ve been in the last 6-7 years AND have to make THEE HARDEST sacrifice at the same time?”

That’s it… I couldn’t for the life of me understand why God would “bless me” and “punish me” simultaneously.  Doesn’t He know all that I went through in the past?  Didn’t He see me cry and struggle?  Then why would He ask me to curtail my happiness to be burdened with this heavy sacrifice?

Without telling all of my business, (daddy said to tell some and keep some), I’ll say that I have made a very dedicated and conscious effort to relinquish habits and mindsets that I absolutely LOVE.  Again, before you judge me, judge yourself.  I’m not the only one who ENJOYS being the way I am — right, wrong, or indifferent.  I LIKE WHAT I LIKE…when I like it…the way I like it…as often as I like it…and I dare you to say something!  TUH!  Well, guess what?  God said something.  Just as I was getting my feet grounded in what would turn out to be the best journey of my adult life, He challenged me.  While in a conversation with a new friend, He told me to give up what I love.  Now here’s what you need to know:

In obedience, I said,”yes” and put my best foot forward.  I had zeal about doing what He told me to do and only gave in to old habits occasionally.  As time progressed, that “Yes Lord” got weaker and weaker.  Now please understand, every day on this new journey brought me more and more happiness and I dare say joy, but simultaneously that sacrifice became costly.  I’ll be honest enough to admit that I sometimes raged against the machine, I whined, I cried, I shut down, I caught attitudes, and even attempted to go back to my old ways and do what I wanted to do anyway.  (For the last time, before you judge me, judge yourself!)  Even when I had full blown temper tantrums and tried to finagle myself into my own will, HE WOULDN’T LET ME DISOBEY HIM… That’s what the Old Church mothers meant when they said, “He’ll keep you when you don’t want to be kept!) Still, “being kept” left me with the questions,”Why are you doing this to me?  What’s the point?  Do you really want me to be happy?”

THE MORAL OF THE STORY:

(I know you were counting down to the moment when I would get to the point.  God bless you, sons and daughters.)

God reminded me of this: He has given me one of THEE BEST gifts that have ever received in my adult life.  Because I have followed Him to this path and embarked upon this journey, I’ve been afforded a 2nd chance at an old friendship that I didn’t appreciate years ago, another chance at a level of joy that I never thought I would EVER have again nor did I think I deserved, and a smile that is brighter than the rays of the sun.  “He has made me glad,” aren’t just lyrics in a testimony song anymore but the real sentiments of my heart.  Since He has afforded me such an amazing gift, I am NOT allowed to continue my life with the same habits and mindsets as before.  If he can raise the standard, I am required to raise my sacrifice.

My mind drifts to my days growing up in church.  Once a year, my family would travel to our denomination’s general convocation.  Several times during the week, I would hear the expediter of the service request a certain amount from the congregation to give in the offering.  What I always found interesting but didn’t understand at 11 years old was the elders were required to give more than the laity, pastors gave more than the elders, and bishops gave more the pastors.  The higher in rank one was, the more costly his/her offering was.  At 28 years old, I finally fully get it!  Being “higher,” or even just having more means the sacrifice is greater.

God gave this to me, “Christen, I have required more of you because I have given you more than you have ever had.  You must honor me by responding to my command.  Be obedient and handle my gift better than you have handled what you had before.  YOUR WAY doesn’t allow you to properly handle this gift.  Everything has a price, AND THIS WILL COST YOU!”

Though I was vague with some of my details, I’m sure you can think of a habit, mindset, way of living, or set of preferences that you care to not part with.  You, like me, may be STRUGGLING!  Also, you may feel like this sacrifice is in vain.  If you would be as honest as I am being, you may admit that you also sometimes feel like a failure because you want to give in or forget what He said altogether.  Don’t feel judged for that.  My encouragement to you is to know that THIS IS NOT FOR NAUGHT!  Though God didn’t promise a reward for not falling, He has promised to walk with me everyday through this process.  Remember that your large sacrifice is an indicator of just how large His blessing is for you.

“Now I know which way to go; not the way I feel but the way HE gives.  For He sees the present and knows the future. GODS WAY IS THE BEST WAY!”

One response to “It Will Cost You…Everything Has a Price”

Go ahead… Say something! Cancel reply